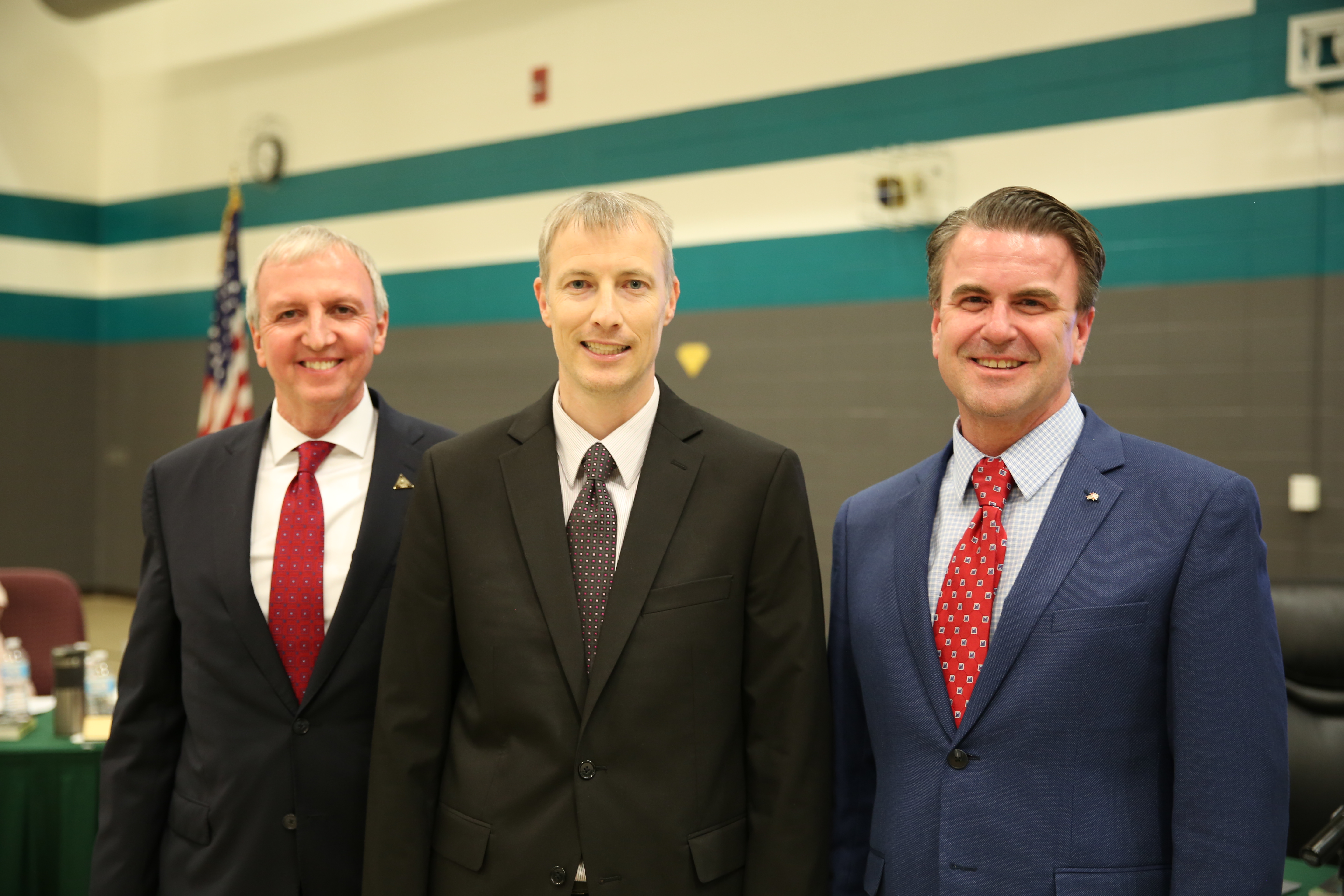 Meadow’s Edge teachers and staff got a chance to meet Mr. Gardner May 16 when he visited the school with P-H-M Administration.

Mr. Gardner received a B.A. in Elementary Education (with a Computer Endorsement) from Purdue University. In 2003, he completed his Master’s Degree in Education from Indiana University South Bend, and he completed the Administration Licensure Program from Bethel College in 2012.

Mr. Garner is replacing Mr. Kent Mikel who expressed a desire to return to classroom. Mr. Mikel will be teaching middle school science for the 2019-2020 school year.

Memorial Day & Summer 2020 Meal Food Service Locations
The Food Service Department of the Penn-Harris-Madison School Corporation is participating in the...
School Items Return & Personal Items Pickup (June 1 – 3)
Although the building will remain officially closed to the public until June 30. We will be doing a...
Meadow's Edge office hours, pick-up information
Meadow’s Edge Elementary School office hours will be 8 a.m.- 3:00 p.m., Monday-through-Friday,...
COVID-19 Update: PHM Schools closing & eLearning (3/12/20)
The message below was sent out to all P-H-M staff and families the afternoon of March 12, 2020.  ...
END_OF_DOCUMENT_TOKEN_TO_BE_REPLACED